What Is Ovarian Cancer?

Women are becoming more and more at risk of ovarian cancer. But many are still not sure what it even is. According to the National Ovarian Cancer Coalition, Ovarian cancer is a disease in which, depending on the type and stage of the disease,...

Women are becoming more and more at risk of ovarian cancer. But many are still not sure what it even is.

According to the National Ovarian Cancer Coalition, Ovarian cancer is a disease in which, depending on the type and stage of the disease, malignant (cancerous) cells are found inside, near, or on the outer layer of the ovaries. An ovary is one of two small, almond-shaped organs located on each side of the uterus that store eggs, or germ cells, and produce female hormones estrogen and progesterone. 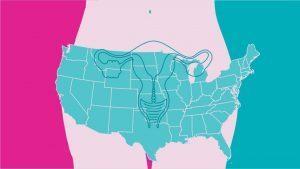 Cancer develops when abnormal cells in a part of the body (in this case, the ovary) begin to grow uncontrollably. This abnormal cell growth is common among all cancer types.

Normally, cells in your body divide and form new cells to replace worn out or dying cells, and to repair injuries. Because cancer cells continue to grow and divide, they are different from normal cells. Instead of dying, they outlive normal cells and continue to create new abnormal cells, forming a tumor. Tumors can put pressure on other organs near the ovaries.

Cancer cells can sometimes travel to other parts of the body, where they begin to grow and replace normal tissue. This process, called metastasis, occurs as the cancer cells move into the bloodstream or lymph system of the body. Cancer cells that spread from other organ sites (such as breast or colon) to the ovary are not considered ovarian cancer. Cancer type is determined by the original site of the malignancy.

The general outlook of women diagnosed with ovarian cancer.

In women age 35-74, ovarian cancer is the fifth leading cause of cancer-related deaths. An estimated one woman in 78 will develop ovarian cancer during her lifetime. The American Cancer Society estimates that there will be over 22,280 new cases of ovarian cancer diagnosed this year and that more than 14,240 women will die from ovarian cancer this year.

When one is diagnosed and treated in the earliest stages, the five-year survival rate is over 90 percent. Due to ovarian cancer’s non-specific symptoms and lack of early detection tests, about 20 percent of all cases are found early, meaning in stage I or II. If caught in stage III or higher, the survival rate can be as low as 28 percent. Due to the nature of the disease, each woman diagnosed with ovarian cancer has a different profile and it is impossible to provide a general prognosis.

Talk to your doctor about your risks of ovarian cancer.